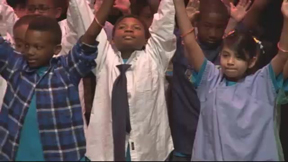 DVD : Momentum - Excellence at the Speed of Dance - "Happy Birthday, Columbus! Best. 200. Ever."
Momentum - Excellence at the Speed of Dance
Price :
$20.00
Quantity :
Add To Cart Watch Online
BalletMet Momentum is a program that engages 4th-grade students in movement, music, choreography and uses dance as a springboard to help children develop excellence, discipline and self-confidence. All classes integrate the Ohio Dept. of Education's Dance Content Standards. Participating students present a year-end performance on stage.

Columbus Past:
Columbus was the first city in the U.S. created solely to be a state capitol. Founded on February 14, 1812 by an act of the state legislature, Ohio's new capitol city was situated within the dense forests on the high banks of the Scioto River. The city was slow to grow due to its lack of industry and access to big rivers. However, the city became known as one of the largest manufacturers of buggies in the world and several inventions were created in Columbus including the ice cream cone, bubble gum, the first gas station and the first kindergarten school. Columbus is the largest city in the world named after the famous explorer, Christopher Columbus. It was a local state senator who suggested the name because of his love of reading children's books about the explorer.

Columbus Present:
Now the largest city in Ohio, Columbus is home to nearly 800,000 people - larger than the combined populations of the cities of Cleveland and Cincinnati - and one of the fastest growing major cities in the U.S. In the past ten years, Columbus has become a destination for international immigrants attracted to the city's healthy economy, low cost of living and welcoming spirit. The city is home to the national number one Columbus Zoo & Aquarium, Columbus Metropolitan Library, and the science center know as COSI. Columbus also has the third largest university in the U.S., the Ohio State University, with more than 56,000 students. Columbus has also been called a "Smart + Open" city, honoring the presence of the many colleges, universities, and research establishments as well as an inclusive community.

Columbus Future:
Not only is Columbus "Smart + Open" but our diverse economy ensures that we have a bright future. With more than 300 internationally-owned companies and a growing college population, Columbus continues to do better than any other city in the Midwest. From an exciting and creative artist culture in the Short North to a diverse and delicious food scene that includes everything from taco trucks to African cuisine, the Columbus area attracts more than 20,000 new residents annually. In early 2012, Columbus was rated one of the happiest cities in the U.S. by a leading career magazine - a sign that the future of Ohio's capitol city is vibrant!
May 24, 2012
Copyright Disclaimer Terms of Use Contact Us Support