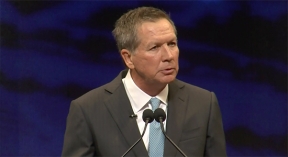 The idea is to recognize and publicize the ordinary people in central Ohio whose volunteer work enriches the community. Nearly 100 people were nominated for recognition as Everyday Heroes.

Sister Nadine Buchanan
A former school teacher and hospital chaplain, Sister Nadine is a full-time volunteer with CATCH Court, which takes her each day into some of the city's toughest neighborhoods to assist the poor and the homeless - particularly women trapped in prostitution and addiction. Her hope is not only to feed these women physically and emotionally, but to befriend them so that one of them might, one day, say to her, "help me get out of here."

Babette Feibel
After many years as a foster parent, 81-year-old Babette has found an active volunteer role as a parent advocate in the Franklin County Family Recovery Court, helping parents who are working to regain custody of their children. As a calming and supportive force, she helps rebuild families torn apart by addiction, mental illness, criminal backgrounds, homelessness and unemployment.

Brad Hutchinson
A successful Fairfield County businessman, Brad is known for his frequent charitable acts - large and small, and often unheralded -- like spending $14,000 to pay off every outstanding lunch balance in the county's four school districts. After growing up in the toughest of circumstances, his passion for quiet philanthropy was underscored by the family who took him in off the streets, inspiring him work hard and help others wherever he could.

Brandy Jemczura
Instilled in volunteerism and community service from an early age, Brandy wanted to create ways for parents of young people to volunteer together - to make service an integral part of children's lives. The result was Seeds of Caring, an organization that encourages families with young children to get involved in community service projects, such as packing lunches at soup kitchens, trash clean up days, singalong with the developmental disabled and carnivals for senior citizens.

Rachel Muha
Struggling to find her heart forgiveness for two young men who had murdered her 18-year-old son, Rachel was determined to fight the kind of negative, tough-streets mindset that had formed them. She founded Run the Race Center, which provides dozens of west side Columbus boys and girls with a loving and spiritually uplifting environment through a wide range of summer and after-school programs in a home-like setting.
September 18, 2018
Copyright Disclaimer Terms of Use Contact Us Support