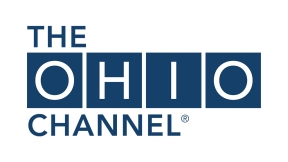 DVD : Ohio Channel Presents - Mershon Center Speaker's Series - Secrets and Lies: How the British Used Camouflage and Deception in Two World Wars
Ohio Channel Presents
Price :
$20.00
Quantity :
Add To Cart Watch Online
Nicholas Rankin was born in Yorkshire, England, but grew up in Kenya during the Mau Mau uprising. Educated at Shrewsbury School and Christ Church, Oxford, he lived and worked in South America and Spain before becoming a freelance writer at the age of 30. His first book, Dead Man's Chest (Faber, 1987) tells the story of following the footsteps of Robert Louis Stevenson from Scotland to Samoa.

Rankin worked for 20 years for the BBC World Service at Bush House in London, producing and presenting a wide range of radio documentaries. His eight-part series on ecology and evolution, A Green History of the Planet, won two UN awards. His six-part series on drugs in nature and culture, Plants of Power, was widely praised.

Another radio feature, on Picasso's masterpiece of 1937, led eventually to the writing of his second book, Telegram from Guernica: the Extraordinary Life of George Steer, War Correspondent (Faber, 2003). He gave a presentation about this book at the Mershon Center in November 2003.

On November 4, 2009, Ranking talks about his most recent book, A Genius for Deception: How Cunning Helped the British Win Two World Wars. This work of popular military history culminates a five year process of researching and writing and will be published by Oxford University Press.

Nick Rankin has been married to the novelist Maggie Gee for 26 years. They have a daughter, Rosa, who is studying modern languages at Durham University, and they live in northwest London.
November 4, 2009
Copyright Disclaimer Terms of Use Contact Us Support