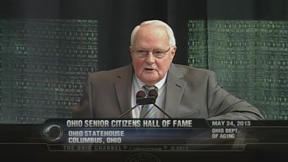 Joined Hearts in Giving honors long-married Ohioans who share a commitment to volunteerism. Eligible couples have been married at least 40 years, and at least one of the spouses must be age 60 or older.