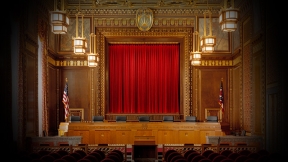 ISSUE: For the purpose of calculating child support, are commissions treated in the same manner as overtime and bonuses when determining "gross income"?

BACKGROUND:
A couple identified in court documents as A.S. and J.W. had a child, who was born in February 2015. The couple ended their relationship before the child was born, but the parents were cooperating and agreed to a shared parenting plan in July 2016. In September 2016, A.S. filed a complaint to establish parental rights and responsibilities and, in August 2016, a trial was conducted on economic issues.

The magistrate hearing the case ordered J.W. to pay $2,984 per month through 2015 and that beginning in 2016, he would pay $4,372 per month. The magistrate stated the increase was calculated by including the 2016 commission in a three-year average of J.W.'s gross income. The trial court adopted the magistrate's decision, and J.W. objected to the child support award. The trial court affirmed the decision in March 2017, and the father appealed to the Sixth District Court of Appeals.

Citing R.C. 3119.05(D), J.W. argued that the law prohibited the trial court from using his 2016 commissions to establish his child support obligation. The Sixth District affirmed the lower court decision, noting that the state legislature "mistakenly included commissions" in portions of R.C. 3119.05(D), and that the trial court was justified in using the payments to calculate child support.

J.W. appealed to the Supreme Court, which agreed to hear the case.
January 30, 2019
Copyright Disclaimer Terms of Use Contact Us Support